Paul retired from the Internal Revenue Service after 37 years. Career highlights include management, administration and oversight of all IRS foreign offices and various tax programs the US has in place with foreign governments.  Prior to a regional position in Florida, he was IRS Division Director, Overseas Operations in Washington, DC where he spent most of his career.

Paul held a variety of technical and managerial positions and was actively involved with the administration and negotiation of US Government International Tax Agreements.  He was the US representative for the IRS at international tax forums including the Organization for Economic Cooperation and Development (OECD) in Paris and the Inter-American Center for Tax Administrations (CIAT) in Panama as well as other multilateral tax groups.

Paul received a B.S. in Commerce with a major in accounting from Rider University in Lawrenceville, N. J.

Locally, Paul served as the President of the Central Area Neighborhood Association, immediate past Chairman of the Budget Review Advisory Committee, City of Wilton Manors.  He serves on the Boards of the Dolphin Democrats, Gay Men’s Chorus of So. Fl. and until recently, Taste of the Island.  He is a member of the Wilton Manors Historical Society, Friends of the Library and Wilton Manors parks focus groups. Paul is the first Recipient of Wilton Manors Community Award for outstanding volunteer service (2016). He served as a member of the Finance Committee and the Senior Advisory Council for the Pride Center.

Paul is a resident homeowner since 2006 and lives with Bennett Quade, his partner of 22 years, and Priscilla, their mini doxie. 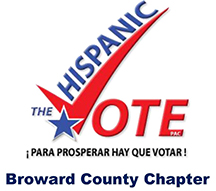